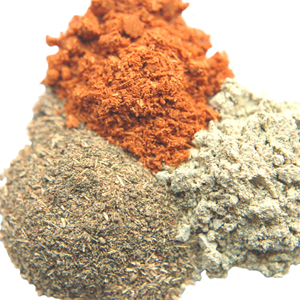 Though they make up only a tiny portion of the horse’s diet, microminerals play an important role in a wide range of biochemical systems that affect virtually every metabolic function in the horse.

Copper is one of the most important microminerals for horses. It is essential for proper functioning of enzymes involved in the synthesis and maintenance of elastic tissue, mobilization of iron stores, preservation of the integrity of mitochondria, proper skeletal growth and development, and detoxification of superoxide.

In the same study, oral copper supplementation of mares in late gestation altered the copper balance in these horses and resulted in an increase in the foal’s liver copper stores at birth. Increased liver copper stores of the neonate may be important for ensuring healthy development of the skeleton during the period of maximum postnatal growth.

Copper deficiencies may be due to lack of copper intake (primary) or due to interactions with other substances in the ration (secondary). Zinc and molybdenum have often been implicated as minerals that can interfere with copper absorption in horses, but several studies have suggested that neither of these minerals should affect copper utilization when fed at levels found in practical diets.

Digestion trials at Kentucky Equine Research showed significant negative correlations between true copper digestibility and the concentration of both crude protein and calcium in thirty different diets. These interactions may be particularly relevant where horses are fed predominantly legume forage.